Prof. Sarvapali Ramchurn is a Professor of Artificial Intelligence, Turing Fellow, and Fellow of the Institution of Engineering and Technology. He is the Director of the UKRI Trustworthy Autonomous Systems hub and Co-Director of the Shell-Southampton Centre for Maritime Futures. He is also a Co-CEO of Empati Ltd, an AI startup working on decentralised green hydrogen technologies. His research is about the design of Responsible Artificial Intelligence for socio-technical applications including energy systems and disaster management. His research involves applying techniques from Machine Learning, HCI, and Game Theory.   He has won multiple best paper awards for his research and  is a winner of the AXA Research Fund Award (2018) for his work on Responsible Artificial Intelligence. He has pioneered the development of AI-based disaster response systems using multi-UAV systems, AI-driven large-scale battery management for smart grids, and an AI bot that outperformed more than 5M human players (top 0.7%) in the English Premier League Fantasy Football Tournament. His papers have been cited more than 8500 times (according to Google scholar). He is originally from Mauritius and is passionate about AI for Social Good and Environmental Sustainability.

PhD Students and Post Docs Supervised, Current and Past (7): 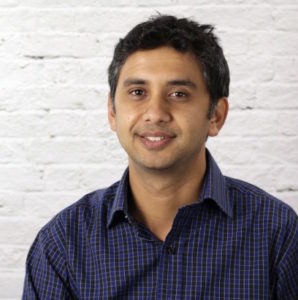